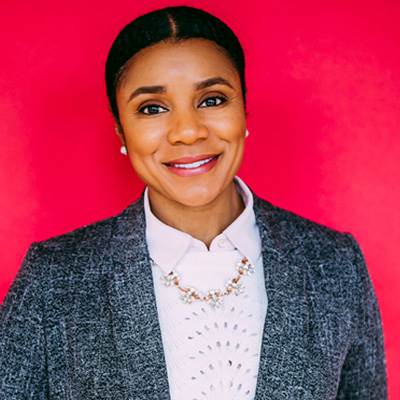 McGraw’s most recent role was as the Director of Do Space, a technology library providing free access to the latest software, devices, and ultra-fast internet to the entire Omaha community. As Director, she oversaw ongoing planning and implementation efforts to ensure the continued thoughtful development of Do Space’s programs and policies. McGraw also led Do Space’s DEI efforts in the areas of advocacy, community involvement, internal policies, and hiring. In addition, she was responsible for all programming oversight; successfully managed a $1.7 million annual budget; identified new fundraising opportunities; led the Tech Pack program which provided over 900 Omahans with access to a laptop and free WiFi internet for one year; and engaged and inspired Do Space stakeholders to understand and support its organizational mission, including its work to address digital equity.

“For years Girls Inc. of Omaha has been a pillar in the community for girls by providing innovative programming,” stated McGraw. “I am grateful to be given the opportunity to lead this amazing organization and excited to create new experiences that will continue to inspire girls in our community to be “Strong, Smart, and Bold.”

Wilhelm also supervised the addition of programs such as comprehensive sex education; EUREKA! (a five-year STEM and college prep program); and literacy. In partnership with Nebraska Medicine, she opened an on-site health clinic at the North Omaha Katherine Fletcher Center in 2016.

In addition, Wilhelm oversaw the introduction of an annual teen trip, including travel for girls to New York City, Yellowstone National Park, Washington D.C., Florida, California, and Niagara Falls and Seneca Falls. She estimates she traveled 28,573 miles – most of them on a bus – with hundreds of teen girls over the years.

“During my tenure at Girls Inc., I may have been a public face for the agency, but the achievements have not really been mine at all,” says Wilhelm. “They are – through the collective work of an amazing staff team and with the leadership of strong volunteer boards – the girls’ achievements. It has been a great joy of my life to bear witness to the girls’ strength, wisdom, and persistence as they achieve their goals and dreams – going out into the world as social workers, teachers, doctors, architects, scientists, community advocates, veterinarians, and more.”

Adds Lawrenson, “Girls Inc. of Omaha has flourished under the amazing leadership of Roberta Wilhelm for the last 19 years. Roberta has built a culture of empowerment at Girls Inc. and has ceaselessly amazed me with her thoughtfulness, strategic planning, and contagious passion for the girls. She has prepared countless girls for the world while simultaneously fighting to make the world a better place for the girls.”

A selection committee led the national search for the new Executive Director. “The posting brought a large pool of impressive candidates,” says Lawrenson. “There was a rigorous process to choose a new ED, and we couldn’t be more excited about this next phase for Girls Inc. and the young women it serves.”

Angela McGraw received a Bachelor of Arts in Communications – Journalism & Media from the University of Missouri-Kansas City and a Master of Arts Education Administration from the University of Nebraska-Lincoln. Her volunteer activities include the Omaha Public Library Board Advisory Committee, the Omaha Central Library Stakeholder Committee, the Federal Reserve Bank Community Development Advisory Council, Court Appointed Special Advocate (CASA), and the OPS Citizens Advisory Committee. She has served as a Panelist/Presenter at the Gender Equity in Tech Conference 2019 (Metro Community College), Women Advance I.T. Conference 2018 (UN-L), and the IEEE Integrated STEM Education Conference 2017 (Princeton University). She was also inducted into the UMKC Athletic Hall of Fame in 2015 for her accomplishments in track and field.

As Angela McGraw begins her tenure as Executive Director, she says, “I am looking forward to meeting and begin working with the incredible Girls Inc. staff, Board of Directors, donors, volunteers – and of course, the girls!”

Girls Incorporated of Omaha, a 501(c)(3) not-for-profit organization dedicated to inspiring all girls to be “Strong, Smart and Bold,” provides educational, cultural, and recreational opportunities for girls ages 5 to 18. Girls Inc. opened its first center in 1975, and currently operates two locations in north and south Omaha. Serving over 2,000 girls through its centers and outreach programs, Girls Inc. provides transportation from more than 50 schools in the Omaha area.

Girls Inc.’s programs cultivate learning and skill development in the areas of academic support and enrichment; career and life planning; self-reliance and life skills; health and wellness; leadership and community action; and culture and heritage. Curriculum and activities are chosen to be intrinsically appealing to girls and to engender interest and enthusiasm. Athletic andenrichment activities are carefully chosen to complement academic offerings as well as to develop physical health and fitness and to promote teamwork.

In 2016, Girls Inc. collaborated with Nebraska Medicine to open an on-site health clinic, striving to improve the health outcomes of Girls Inc. girls and reduce barriers to preventative care.